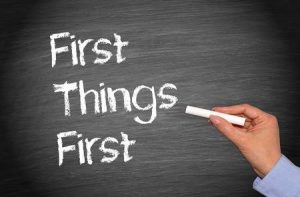 Note:  This article was first published in The Charlotte Observer

On May 16, more than 20,000 teachers filled the streets of Raleigh in an unprecedented mass demonstration of discontent, demanding state legislators increase support for public education in North Carolina.  Less than a week later, Mecklenburg County Manager Dena Diorio unveiled a budget proposal that included a $24 million increase for CMS schools, far short of the $40 million the district had requested.

The county manager’s recommended budget declines to expand AVID, a program which increases college preparedness among traditionally underrepresented students.  It also rejects a proposal to add more teachers of English learners–a population whose enrollment is projected to increase next school year.

But the item that has gotten the most buzz is Diorio’s recommendation that local teachers not be given their first salary increase by the county since 2012.  The increase in local supplement proposed by CMS would only represent about a 1% increase to overall pay and would come after several years when state pay raises have struggled to keep pace with inflation. When presenting her budget to the county commission, Diorio said her goal was to “emphasize education funding as a priority, as its impact on economic opportunity is significant.”  What happens next will reveal what our county’s priorities actually are.

Two years ago, Mecklenburg County commissioners raised their own salaries, including allowances, by 43%.  This year’s proposed budget calls for a merit increase for county employees which could add up to 4.5% to that salary. It’s interesting to note that county commissioners already earn more for their part-time work than CMS teachers do in each of their first three years of full time teaching.   These priorities are not a recipe for attracting and retaining the excellent teachers our children deserve.

Also worrisome for our local teacher pipeline is the fact that, from 2013-14 to the current school year, initial teacher licensure rates at UNCC’s College of Education declined 28%.  Our local high school graduates do not see a promising future in the classroom, and that should concern us all.

If county commissioners vote to approve the proposed budget, it will continue a long trend of elected officials disregarding CMS’s expertise and choosing to underfund public education.  In the last decade, county funding of our school district has reduced the CMS request by an average of 23 million per year.  Over the same period of time, the systematic underestimation of sales tax and property tax has led to a fund balance which now stands at over a half billion dollars.  It’s time for our county to either reduce taxes or increase services.  Public education is one of the areas where we are in desperate need of such increased services.

Residents of Mecklenburg County should expect our leaders to budget accurately, tax no more than they have to, and provide the best services possible with available funds.  We should hold them to their responsibility to emphasize education as a priority, by helping provide teachers where needed, expanding programs that increase opportunity for those who need it most, and making our county a more attractive place for teachers to live and work.

My favorite protest sign at the May 16 rally read simply ‘Your future is in our classrooms.’  The future of Mecklenburg County is being created in our classrooms and in our schools, and how our leaders prioritize funding for education will help determine what that future holds.  Our county commissioners must demonstrate their priorities are right by voting on June 19 to fully fund CMS’s budget.