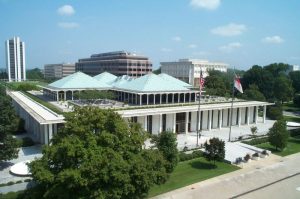 *Note:  this article first appeared in the Raleigh News and Observer

With the North Carolina General Assembly just days away from its January session, a growing number of public school parents and teachers are calling on the Senate to use the session to fix a looming class size crisis which is poised to plunge schools into chaos for the 2018-19 school year.  In defense of their failure to act, state senators are offering a variety of excuses, none of which pass the smell test.

Some parents have been told by legislative assistants or by senators themselves that the January session is a special session and, as such, cannot address issues not already on the agenda.  However, the session scheduled to begin on January 10 is not a special session–it is an extension of the long session.  In addition, the Adjournment Resolution that calls for the January session allows certain bills for consideration. That list is almost all encompassing, as nearly any legislation can be tweaked to fit the criteria listed on the resolution.  Section 3.1C. (10) specifically states that bills making technical changes to the budget bill which originally reduced class sizes are eligible.

Another argument being made to defend the lack of action on class sizes is the claim that the General Assembly has already funded K-3 class size reductions.  During the October session, when the Senate declined to take up class sizes, Senate President Pro Tem Phil Berger said “those reductions have already been fully funded.”  Yet the technical corrections bill introduced at that same session admits the additional teaching positions have not been funded, stating the GA intends to “fund a new allotment for program enhancement teachers … beginning with the 2018-2019 fiscal year.”  Local school districts are still waiting for the $293 million needed to avoid the slashing of arts and physical education programs that may be required to adhere to the unfunded mandate.

Finally, despite failing to provide one specific example, a number of senators have contended they are reluctant to move on class size because school districts have misspent funds that were intended to reduce class sizes in the past.  Senate majority leader Harry Brown said “It’s obvious to us that money has been spent on something other than class size reduction,” while education committee chair Chad Barefoot asked, “What did they do with the money?”  Using data readily available from the Department of Public Instruction, former NCGA fiscal analyst Kris Nordstrom determined that school districts spent more than 99.97 percent of their classroom teacher allotments on teachers for school year 2016-2017.  The claim that districts have mishandled funds is simply a smokescreen.

The vast majority of school districts in North Carolina are required by statute to submit budgets to their county commissions by May 15.  If the Senate is unwilling to repeal the unfunded class size mandate well in advance of that date, districts will be forced to take drastic action in order to comply with the law–including purchasing expensive mobile classrooms to provide the necessary additional space, cutting arts and physical education course offerings, and swelling class sizes at grades beyond 3rd.  Concerned parents will gather at Halifax Mall, adjacent to the North Carolina State Legislative Building, on January 6 to ask that the Senate stop making excuses and deal with the class size crisis before it’s too late.