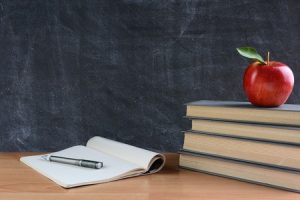 *Note:  This article originally appeared in the Charlotte Observer, then was republished by the Washington Post.

Recently, before class started, I noticed one of my students sitting silently in her desk with tears rolling down her cheeks.  When I asked her what was the matter, she told me that her cat had a tumor and today was his last day.  I did my best to comfort her by talking with her about pets I’d had that had been like family to me.  I offered to let her go for a walk in the halls to clear her mind and went out of my way to treat her with kindness and empathy for the rest of the day.  She had more pressing matters on her mind than grammar.

I wondered how many other ways that scenario was playing out in other places at exactly the same time–a teacher stepping seamlessly out of the role of content instructor and into the role of counselor, coach, or parent.  How many teachers were comforting a child struggling with loss, counseling an angry student bent on revenge, or working to develop confidence in a child who needed it?  How much value were those teachers adding to the lives of the children they were helping?

Common sense tells us there is no way of measuring the occurrence of those scenarios or of quantifying that value.  Switching hats is something that most teachers don’t even notice themselves doing.  It comes with the territory that for 8-10 hours a day educators are constantly identifying needs of all types and devising creative ways of meeting them.  Those interactions are what make being a teacher so meaningful and remind us of the tremendous impact we’re having on the lives of others.

Just because it’s common sense that the value of a teacher who doubles as nurse, counselor, coach, and parent can’t be precisely determined doesn’t mean that some won’t try to do so.  Several years ago, CMS Superintendent Pete Gorman made a splash by suggesting that teachers should be paid based on their effectiveness, measured in some degree by test scores.  His initiative was scuttled by outcry from teachers concerned their pay might be negatively impacted by factors outside their control.

Now we’re seeing a resurgence of the idea that the worth of educators can be quantified, this time with principals as the target.  With intense lobbying from pro-business education reform organization Best NC, the General Assembly recently passed a new statewide principal pay plan billed as rewarding ‘exceptional school leadership’ which compensates principals in part based on student test results.

While many will see pay increases, members of the state board of education say the plan will reduce some principals’ salaries by up to 30% unless it is overhauled.  It will also discourage principals from working at high-poverty schools where lagging test scores might lower their pay.  At the classroom level, pressure to raise scores will lead to more teaching for standardized test mastery, reducing opportunities to hone the creativity, collaboration, and critical thinking skills so essential to success in the modern workplace.  These consequences of performance pay do not make our schools better.

There is currently a lot of uncertainty about where education is headed in NC. We have a new superintendent without a track record in education.  We have a legislature that has stripped decision-making power from the state board and governor and met behind closed doors at Best NC’s behest with controversial performance pay advocate Michelle Rhee.  As we chart the course forward, we need to remember that our work as educators is a complex human endeavor, not a series of business transactions.  It is simply not possible to measure all the important ways educators touch the lives of the people they serve.