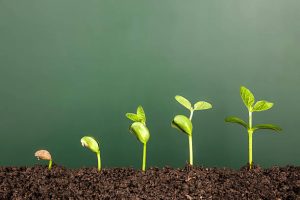 *note:  this article originally appeared in the Washington Post

Since the 2013-14 school year, North Carolina schools have been assigned letter grades to indicate how well they meet their students’ needs.  Those grades are calculated using a formula of 80% proficiency and 20% growth.  Proponents of this formula say the ability to pass the test is what matters most, regardless of student background.  Critics say it unfairly stigmatizes children of poverty and that how much a student grows during a school year is a more accurate measure of school quality.  Indeed, the NC Department of Public Instruction’s most recent analysis of Performance and Growth of North Carolina Public Schools clearly shows that school report card grades and levels of poverty are inversely proportional to each other.  As poverty goes up, school grades go down:

Lost in the discussion is the fact that policies like this impact real people.

I have a student who immigrated to Charlotte last year. He spoke no English when he started sixth grade. Each day I saw him striding down the halls alone, head down, fists jammed in his pockets.

When this school year began, the boy, now in my seventh grade English language arts class, would not answer when I spoke to him. He avoided interaction with his peers, and his participation in schoolwork was limited. His first formative reading test result showed we had lots of work to do.

Even though he rarely responded in the beginning, I talked to him every chance I got. I greeted him first thing in the morning, inquired about his weekend, had mostly-one-sided conversations with him about soccer, asked his opinion about things in class. My 20+ years in the classroom have taught me that the amount of progress we made would depend on the quality of the relationship I built with him.

Our English as a second language teacher worked tirelessly to modify the content of the class so that it was accessible to him. Together we developed assignments that connected with his personal interests so that he was motivated to do them. He began to feel that school was about him and to experience some success.

In class, I intentionally surrounded him with kind and supportive peers. I gave him reading partners who were patient but also persistent, and I explained to them why they’d been selected for this important work. They read with him every single day in a small group setting (three students) and helped to develop his confidence. At first he read barely above a whisper. As time went on, I began to detect some incremental increases in volume.

We read novels aloud in class, and at first he only had to read a paragraph or two. I remember the first time he read a whole page by himself. When he got to the end, his classmates burst into applause, and the ghost of a smile crossed his lips.

This student began to greet me when he entered the classroom and occasionally raise his hand and ask questions during class. He wrote his third quarter short story project in his native language, then painstakingly translated it into English. His last formative reading test result was still rough, but it showed definite improvement.

Last week, he took his first reading end-of-grade test. (Regardless of how long a child has been in the United States or how much English they know, they take the same test as our native speakers.) The morning of the test, he was the first one in the classroom, so we had a little time to talk.

I told him I knew the test would be harder for him than for any of the other 25 students in the room. I asked him if he remembered how things were at the beginning of the year and how far he’d come since then. I explained that I didn’t expect him to be perfect, just wanted the result to reflect how hard he had worked and how much he had grown. He didn’t say much, just nodded his head.

This boy spent nearly three hours on his test. At one point, he raised his hand and asked me what a word meant (I didn’t tell him, but I did take it as evidence that he was working hard and reading carefully).

When the results came back they were what I expected: He showed substantial growth since that first formative reading test, but he was still far from being on grade level like his native English-speaking peers.

The fact that he is still reading below grade level carries far more weight than the tremendous progress he made this year when it comes to how the state reports the supposed effectiveness of our school. Viewed through this lens, his failing grade offers a stunningly inaccurate picture of what really happened.

Last spring, members of the North Carolina House of Representatives sponsored a bill that would adjust the School Performance Grade formula to 50/50, giving more weight to how much students grow throughout the course of a school year. The bill passed the House by a vote of 116-2. It has been languishing in the Senate Rules Committee (sometimes called “the place bills go to die”) ever since.

No single letter grade can accurately measure all the progress that takes place under a school’s roof. But if we insist on trying to simplify results in this manner, the least we can do is move the metric in the direction of greater accuracy by placing a higher premium on the growth each student shows. The current system does a huge disservice to this student, to me, and to the other teachers who worked hard to support him. It does precisely the same disservice to thousands of other students and teachers all over North Carolina every year. It’s time for our legislators to address it.

I talked with the student about his end-of-grade test score. I told him how proud I was of all the progress he made since August. I said if he continued to work hard and push himself outside his comfort zone the results would just keep getting better and better. He didn’t say a whole lot, just looked at me and smiled a little.

His test score, and North Carolina’s school performance grades, may say this year was a dismal failure for him and me, but we both know it was a resounding success.