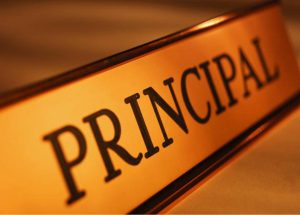 When school buses start to roll across the state this month for the beginning of school year 2018-19, North Carolina principals will begin their second year of a performance-based compensation system.  It’s a system that was enacted in the 2017 budget bill, deliberately avoiding committee processes allowing for public debate and modifications by members of the General Assembly that are so essential to developing good policy.

Under the new system, principals are no longer compensated based on years of experience, given longevity bonuses or paid a higher rate for advanced degrees they’ve earned.  Instead, they receive a salary based on how much their students grew on standardized tests at the end of the year and how many students attend their school.

State lawmakers initiated the change after North Carolina principal pay fell to an embarrassing 50th in the nation in 2016, vowing to “give more pay to principals who could move their schools to a higher performing level.”

It’s impossible to know what research lawmakers did before deciding that EVAAS test data was the best way to determine which principals were performing at the highest level.  But it’s a pretty safe bet their decisions weren’t shaped by the study “Can student test scores provide useful measures of school principals’ performance?’

In September of 2016, a report was released by the US Department of Education’s Institute of Education Sciences.  It detailed findings of researchers who wanted to figure out whether use of student test growth data is an accurate way of measuring principal effectiveness.

The study found “little evidence that any widely feasible test-based measures could accurately predict principals’ contributions in the following year.”  Researchers pointed out that a primary goal of any evaluation of effectiveness should be gaining information about principals’ future contributions to student outcomes, concluding

…value-added measures will make plenty of mistakes when trying to identify principals who will contribute effectively or ineffectively to student achievement in future years.  Therefore, states and districts should exercise caution when using these measures to make major decisions about principals. Given the inaccuracy of the test-based measures, state and district leaders and researchers should also make every effort to identify non-test measures that can predict principals’ future contributions to student outcomes.

In addition to relying on faulty predictions for future success, North Carolina’s principal pay plan dismisses the value of experience in shaping effective school leaders.  That’s also a move that doesn’t stand up to research.  A study of New York City schools found a positive relationship between principal experience and school performance, which was broadly defined to include not just test scores, but other measures such as student absences.  Researchers suggested an important takeaway from their findings should be that ‘policies that lengthen principals’ careers will, on average, improve school performance.’

Leading a school is a tremendously challenging job which requires a complex set of skills.  Many of those skills cannot be taught in graduate school but must be mastered through years of trial and error.  Experienced principals are better positioned to cultivate relationships that will lead to success, support teachers instructionally, and train the next generation of school administrators in how to lead effectively.  Their compensation should recognize and reward the value that they bring to the job.

One of the most troublesome outcomes of North Carolina’s principal pay plan is that it could discourage principals from working in schools that need strong leadership the most.  North Carolina’s principal pay rate is based on the last three years of growth data.  If a principal who has been rated “exceeded growth” for three consecutive years moves into a low-performing school, he or she has only two years to bring the new school up to the “exceeded” level before seeing a reduction in salary if the growth rate drops.  In schools that generally employ the least experienced teachers and have the highest rates of teacher turnover, that’s a very difficult proposition. Given the right conditions, it might be possible for a rock star principal to move into a school and help spark quick growth.  However, in chronically low-achieving schools suffering from the effects of systemic poverty, just changing principals is unlikely to solve the root problems behind the low test scores. Those schools need a lot more than a new principal.

When the new pay plan was implemented, some NC principals faced reductions in salary of more than $20,000.  The legislature’s response to concerns was to institute a ‘hold harmless’ clause whereby principals who didn’t see enough standardized test growth would see their salaries frozen at the level of the previous year.  The clause was renewed for the upcoming school year, but again frozen at 2016-17 levels, meaning principals whose students didn’t show enough growth will see a second straight year with no raise. That’s not an effective approach when it comes to attracting and retaining school leaders.  Indeed, the fact that a hold harmless clause is necessary at all serves as an acknowledgement that the pay plan has major flaws.

The new principal pay plan is so problematic that some North Carolina school districts have taken to using local funds to continue to pay principals based on years of experience.  Rewarding experienced principals for their long term commitment and honoring the skill set they bring to the table helps districts such as Durham, Winston-Salem/Forsyth, and Guilford to be more competitive when it comes to attracting and retaining school leaders.  However, few districts have the resources to circumvent the General Assembly’s compensation model in this manner.

Principals are second only to teachers among school-related factors in terms of impact on student learning.  It’s essential that we treat them in ways that will lengthen their careers and encourage the best among them to work in schools where their talents are needed most.  The General Assembly’s current approach to compensation does a grave disservice to our veteran principals and could further weaken North Carolina’s low-performing schools.  It’s a model in need of a major overhaul.