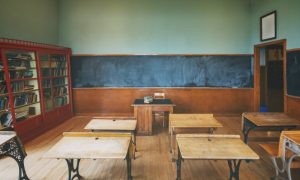 A new study out of the University of Michigan finds that kindergartners and first graders who are suspended from school are likely to be suspended again in elementary school.  The trends are especially elevated for African American male students and call into question the effectiveness of suspending young children in order to change future behavior.

Researcher Zibei Chen of the University of Michigan School of Social Work says suspensions in the first two years of school can begin a downward trend that is difficult to correct:  “Not only are children who are suspended at a young age missing out on time spent in early learning experiences, but they are also less likely to be referred to services and supports they need to thrive in later school years.”

Key findings of the study:

Researchers suggest that schools look at predictors of early elementary suspension and develop interventions to address them.