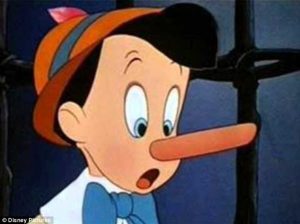 It’s that time of the election cycle when silver tongues are at their busiest.  The long overdue breaking of the North Carolina GOP’s General Assembly supermajority is at hand, and many of those in office are making increasingly desperate claims in an effort to hold on to power.  Those claims include assertions that the major education reforms of the past 8 years have been good for North Carolina’s children. 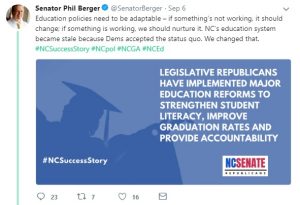 Nothing could be further from the truth.

The truth is the last 8 years have been catastrophic for public education in our state.  Our leadership has prioritized tax cuts for the rich over funding for our crumbling schools.  They’ve enacted legislation which buries 3rd graders under piles of tests and threatens them with retention if they still struggle with reading.  They’ve opened the floodgates to charter schools, deepening racial and economic segregation in our state. They’ve implemented a school report card system which measures levels of poverty more than it does academic success, unfairly stigmatizing our most needy schools as failures.  And the majority of those reforms have been made through legislation inserted into budgets, deliberately avoiding committee processes allowing for public debate and modifications by members of the General Assembly that are so essential to developing good policy.

Public education in NC is a shell of what it was 8 years ago.  But there is good news. Voters are now in a position to remove the leaders that have supported the harmful policies this supermajority has enacted–as long as their votes are informed.  Rather than be swayed by charming campaign rhetoric and slick graphics, North Carolina residents need to look at how those in power have actually voted. Fortunately, Heather Scott, candidate for Board of Education in Wake County, just made that a whole lot easier.

Heather created this helpful chart of harmful education policies complete with bill numbers to help you easily look up which current state legislators voted to support them. 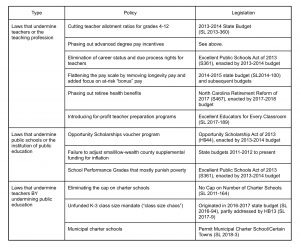 To look up the vote history for any of the legislation referenced on the chart, follow these simple steps:

*Set the search options at the top to ‘full site search’

*Select the version of the bill labeled ‘Information/History,’ and verify that you’re looking at the relevant bill as bill numbers are recycled

*Scroll down to Vote History,  and click on the blue text that says ‘PASS’ for the final version of the bill, [S] for Senate and [H] for House.

(*Note that the search function at ncleg.net can be uncooperative at times.  I often have better luck using Google to find the Vote History for specific NC bills.)

Big thanks to Heather Scott for doing the research and developing a graphic to help ensure that North Carolina voters can vote for pro-public education candidates on November 6.