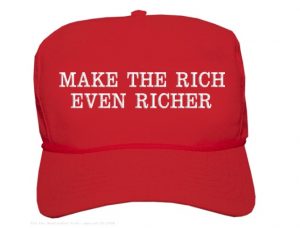 At first glance it might sound great.  Limit my taxes? Sure!!

That’s the reaction the North Carolina Republican Party is counting on for uninformed voters to pass the constitutional amendment to cap the maximum state income tax.

The truth is, unless you are super rich, this amendment is far more likely to cost you money than to save you money.

The amendment language on the ballot appears as follows: 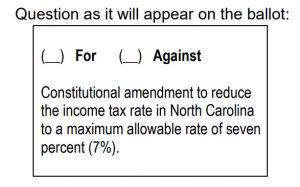 Rather than benefiting the vast majority of North Carolinians, the tax cap amendment is a gift to wealthy GOP donors.  According to North Carolina’s Budget and Tax Center, those in the top 1% of income are the primary beneficiaries of such a policy, receiving “more than half of the total next tax cut from a 7 percent maximum income tax rate when compared to what would be possible with a graduated rate structure with brackets on higher incomes.”

Do North Carolina’s millionaires really need the help?  Take a look at how income has skyrocketed for the top 1% in North Carolina since the GOP takeover of the General Assembly: 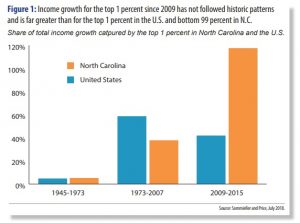 With income tax capped by the Constitution, North Carolina’s policymakers will be forced to look elsewhere for revenue if they don’t want to reduce services.  That means raising sales and property tax, which hits working class people much harder than it does the wealthy.

Another huge problem with this amendment is it will permanently hamstring future legislatures from making sizable investments in areas like public education.  Even if we’re able to build a General Assembly that is inclined to make substantial improvements in our schools after years of underfunding, there will be little they can do with revenue that is permanently limited by our Constitution.

The bottom line is that this is an amendment that will benefit only the 1%.  The other 99% should be voting against it and telling everyone they know to do the same.