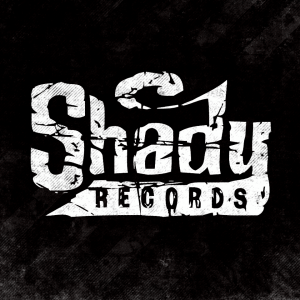 One of the most controversial pieces of legislation to come out of the North Carolina General Assembly this year was four-term Mecklenburg County Representative Bill Brawley’s Municipal Charter Bill, HB 514.  The bill cleared the way for the mostly-white towns of Matthews, Mint Hill, Cornelius, and Huntersville to use city money to create their own charter schools and admit their own residents while turning away others from more diverse neighboring parts of the county.  In addition to drawing funds from CMS, the municipalities will be able to use their much higher wealth to provide resources at levels which are not possible for students in Charlotte Mecklenburg Schools.

There is no question that setting up municipal charter schools will increase economic and racial segregation for Charlotte Mecklenburg Schools, already the most racially and economically segregated school district in North Carolina.  Whether or not that was the intent of the bill is another matter.

Representative Brawley has publicly said the legislation was simply him carrying out the will of his constituents.  However, privately he hasn’t always sounded so much like a dutiful public servant.  Last spring, at a meeting including Brawley and CMS district and board officials, Brawley reportedly offered to drop HB 514 if CMS fired legislative liaison (and former fellow Republican state representative) Charles Jeter.  Brawley’s offer got surprisingly little media attention, especially considering it appears to be a clear violation of North Carolina law governing legislative ethics.

A deep dive into the North Carolina State Board of Elections Campaign Finance database reveals another possible motivating factor behind the controversial legislation.

Campaign finance disclosure documents show that, in 2016, John Bryan donated $7100 to Brawley’s campaign, and Bryan has donated $142,000 to the North Carolina Republican Party since 2014.  But Brawley isn’t only carrying out the will of pro-charter constituents 3000 miles away in Oregon.  Closer to home, North Carolina Citizens for Freedom in Education IE PAC donated $17,084 to Brawley’s campaign in 2016.  That organization shares a Raleigh address with Parents for Educational Freedom in North Carolina, a nonprofit established to advocate for public school privatization and charter expansion.  The same year the lion’s share of those donations were made, an Education Task Force was created in Matthews in the heart of Brawley’s district and began meeting to explore setting up charter schools.  In March of 2017, Representative Brawley then filed the first version of HB 514, permitting the towns of Matthews and Mint Hill to operate their own charters.

All of this may be business as usual in Raleigh, but that doesn’t make it right.  It’s not right for our legislators to offer legislative favors in return for the firing of a state employee.  It’s not right for officials who are elected to represent the best interests of all their constituents to sell out to special interests and executives from Oregon.  It’s not right for them to enact public policy that clearly marginalizes and disadvantages students of color in a city that already ranks dead last in the nation in terms of economic mobility.  We all deserve better representation than this.