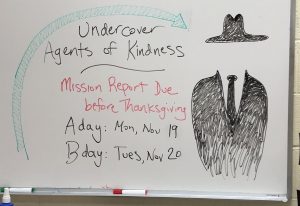 a version of this piece was published in Education Week

This fall, gun violence created waves of panic and helplessness in my school district, Charlotte-Mecklenburg, when a freshman at Butler High School shot and killed a classmate in the hallway over a personal conflict.  With more than 80 incidents of gunfire on American school grounds already this year, it had seemed like only a matter of time.  How did we get to the point where such tragic events are now accepted as inevitable? How can we shift the interpersonal dynamics in our schools and in our society to make incidents like this less common?

Psychologists have been administering a test called the Narcissistic Personality Inventory for more than 30 years.  Over that period, they’ve seen a consistent rise in levels of narcissism and a corresponding drop in feelings of empathy.  Individuals with higher narcissism scores are more likely to lash out in anger, while those with lower empathy scores are less likely to help others in need.

Look what has happened to school shooting numbers during those decades: 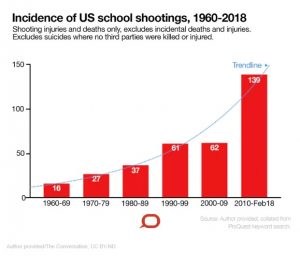 I’d already been thinking a lot about the decline in positive interactions in our society and how we might more effectively teach character in our schools. But this local act of gun violence added a new sense of urgency to my goal of building community and cultivating kindness between students.  Twenty plus years of experience teaching prescribed character education lessons have shown me that an adult simply talking about character or modelling positive behavior does not often lead to the changes we want to see in our children. There had to be a more impactful approach.

A few years ago, researchers at the University of Wisconsin set out to answer the question ‘Can compassion be learned?’  They wanted to see whether practicing the mindset of caring would lead to more caring behavior, and the results of their study were very promising.  After practicing compassion towards friends, strangers, and even people they’d had conflict with, participants showed increased activity in the region of the brain associated with empathy and understanding.  Just like learning to write the letters of the alphabet or using the quadratic formula, it was regular opportunities to practice the skill that made it more likely they would successfully use the skill on their own.

With that in mind, I created an assignment to give my 7th grade Language Arts students the opportunity to practice compassion towards each other.  I called it Undercover Agents of Kindness.

To increase interaction between students who did not normally talk to each other, I had students draw a random classmate’s name from a bowl.  After they drew names, I was shocked to hear some of them had no idea who the other person was–even after being in class together for two months and in many cases attending the same school for years.  Students had two weeks to perform an unexpected act of kindness for the other person and complete a written ‘mission report’ detailing what they did and how it went.

Soon I began to see encouraging sticky notes on lockers in the hallway.  Batches of homemade cupcakes and bags of leftover Halloween candy made their way onto desks in my classroom, as did origami, inspirational quotes, and hand-drawn portraits.  I heard compliments exchanged about all kinds of things. Students I’d never seen together started offering to carry each other’s books and musical instruments to the next class.  As the mission reports started trickling in, I read accounts of children studying together, inviting others to sit together at lunch, helping others put football equipment on at practice. 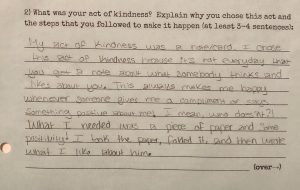 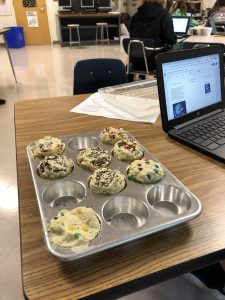 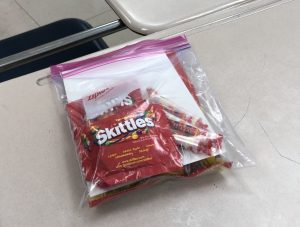 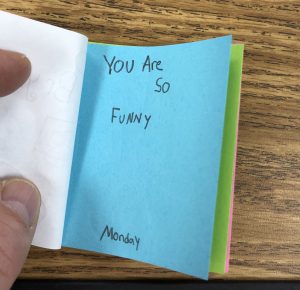 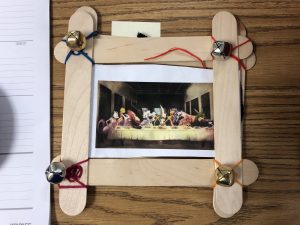 However, it was my students’ reflections on the kindness activity that revealed its impact most.  Again and again they acknowledged that it was difficult and felt awkward to approach someone they didn’t know well and do something for them.  But almost every time they added that they were proud of themselves for doing it anyway and felt the power in brightening someone else’s day.

As part of our reflection on the assignment, I solicited student advice on what I could do to improve ‘Agents of Kindness.’  My students offered many helpful suggestions, including drawing names from the whole grade level instead of just individual classes, offering example acts of kindness for those who get stuck, and allowing a little more time so they don’t feel rushed.  The majority of them said they’d like to repeat the activity, although some admitted that it shouldn’t require a school assignment for them to be kind to each other.

I plan to make Undercover Agents of Kindness a monthly occurrence, and I would love to see other teachers borrow the idea, improve it, and share their results with the educator community as well.

Sometimes our world seems dark and scary and we feel powerless to change it.  Together my students and I are learning that there are steps we can take to make things better. We can find ways to break down barriers, build stronger communities, and normalize compassionate behavior.  We can be intentional about creating opportunities to practice kindness and make it more likely people will treat each other with compassion on their own.  We can be the change we want to see in the world.

12 thoughts on “Cultivating Kindness in an Unkind World”